Two beautiful houses atop  Telegraph  Hill have gone under contract in the last few weeks. Both have asking prices over $2M.  In the last 2 years only 5 properties have sold in Provincetown with prices over $2M. Four were on the water on Commercial Street and the other was on Telegraph Hill

9 Telegraph Hill which we have been marketing with an asking price of $2.295M is under contract. This is one of the most perfectly sited homes on the hill, hardly visible from the street and with expansive water views from most rooms. The house has 3 bedrooms and 3.5 baths, an incredibly large open living area with a giant fieldstone fireplace and a deck running the full length of the back of the house. The rear of the house is all glass and deck. 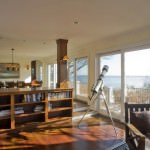 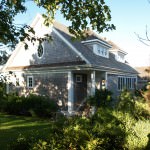 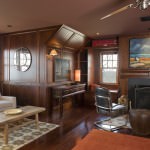 8 Telegraph Hill sits atop the Hill at its eastern tip with arguably the best views on the hill.  This is a 3 bedroom, 4 bath home of 3,510 square feet that has a listing price of $3.195M.  This property went under contract a few weeks ago and is being marketed by our good friends at Atlantic Bay Sothebys. 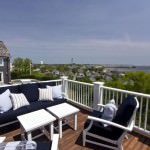 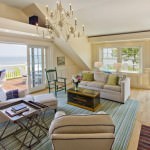 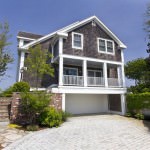 Pretty heady stuff for the Provincetown market to have two similar and $2M+ properties sell in the same few weeks. And while these two properties are not representative of the entire market they do represent renewed interest and activity in this segment of the market.