A repost of Scott’s Zillow findings.

Boston area residential values have jumped $28 billion this year, for a nearly 5 percent gain, according to Zillow.

The Zillow Home Value Index, a blend of property assessments by local officials and market prices, pegs the median home value for the Boston area at $364,900. (Zillow pegs the median rent at $2,137.)

However, for buyers, there are two bits of good news.

First, the pace at which home prices are rising appears to be slacking off a bit. This year’s 4.9 percent jump in overall home and condo values is a step down from 2013, when Boston area real estate values hot up 8.1 percent, or $46.5 billion.

Second, inventory, or the number of homes on the market, also shows signs of improving, with 8.2 percent more listings this year compared to 2013.

Boston Ranks as a Market to Watch in 2015

After analyzing real estate markets around the country, both Boston and Middlesex County are listed in the top 10 housing markets to watch next year. Real estate search database Trulia has released their 2015 Housing Outlook report, including the top 10 housing markets to watch in 2015. After analyzing market potentials and trends throughout the country, researchers selected 10 markets with the capacity for real estate growth in the upcoming year. Factors like job growth, vacancy rate, and the amount of millennials ready to enter the work force influenced their report.

According to the report:

Our 10 markets to watch have strong fundamentals for housing activity. These include solid job growth, which fuels housing demand, and a low vacancy rate, which spurs construction. We gave a few extra points to markets with a higher share of millennials. These young adults are getting back to work and that will drive household formation and rental demand. We didn’t include markets where prices looked at least 5% overvalued in our latest Bubble Watch report.

Here are the Top 10 Housing Markets to Watch in 2015, in alphabetical order:

Despite low inventory rates, over-asks, and bidding wars, the Boston market has a slue of new luxury apartments aimed at millennials, who are predicted to be one of the highest groups of home buyers this year.

Incredible new development at 6 Newbury Street – and  interesting thread of stories from CurbedBoston.com.

New Twists for Two Raw Spaces at Back Bay’s Chanel No. 6

The conversion of a garage at 4-6 Newbury Street in Back Bay is undoubtedly one of the most ballyhooed luxury redevelopments in Boston in eons. We’ve dubbed it Chanel No. 6 (there’s a two-story outlet for the iconic perfume peddler at the building’s base) and the handful of condos above (four or five, depending on whom you read at this point) have commanded some of the biggest Boston sales prices in recent memory. Yet, a lot about Chanel No. 6 remains mysterious.

A titanic part of the mystery stems from the condos being sold as shells. Take Units 301 and 302, the husks of which are pictured above. They traded together in mid-October for a cool $7,250,000 total. The purchaser, Boston Property Development, plans to turn the raw space into “two high-end residential condos for sale in 2015.” In other words, the luxury condos are going to be developed into luxury condos. May you live in interesting times. (H/t Buzz Buzz Home.)

19 Bangs Street is an charming  3 bedroom, 1 bath  single family house in the East End. It has 1,020 square feet with room for expansion. It is being marketed at $699K. 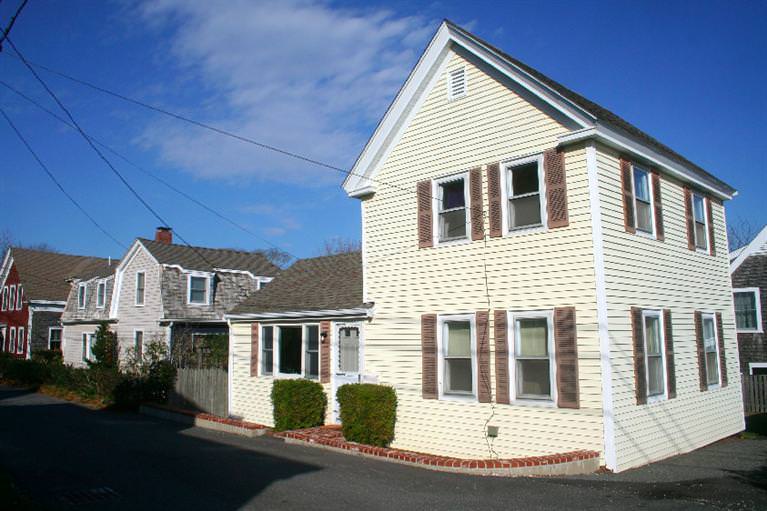 MLS COPY: Charming home with potential for expansion located in the gallery district of Provincetown. There are three bedrooms, country style kitchen,living room and bedroom on first floor. There are two additional bedrooms on the second floor, garden area, parking, and a short stroll to town! Great location, great price, won’t last long! 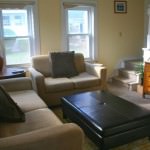 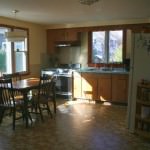 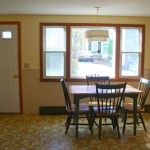 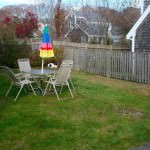 20 Montello Street is a classic  three bedroom three bathroom property with a freestanding cottage with 1,558 sf . It sold for $705K and had been marketed at $759K. 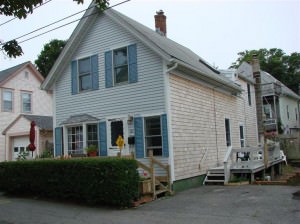 MLS COPY: This classic West End single family home, with separate freestanding cottage, is sited on a quiet  side street and minutes to Commercial Street. Main level consists of living room with woodstove, large kitchen, dining area, and full bath. There are front and back staircases taking you to the two, second level bedrooms and bath with walk-in shower. There is also a large, cathedral ceiling sitting / office area on this level. Home has front and side decks, small side yard and parking for two cars. New windows recently installed in main house. Cottage has full kitchen, bath with walk-in shower, living area and sleeping loft, with propane heat and electric hot water. This is an in-town home waiting for your renovation vision and personal touches

664 R Commercial Street #3 is a 3 bedroom, 4 bathroom stand alone home deeded as a condo with 1,560 square feet. Sited on a hilltop in the East End the views from this beautifully designed reverse floor plan home are gorgeous. There will be two other condos built on the site. Residence #3 is being marketed for $1.250M. 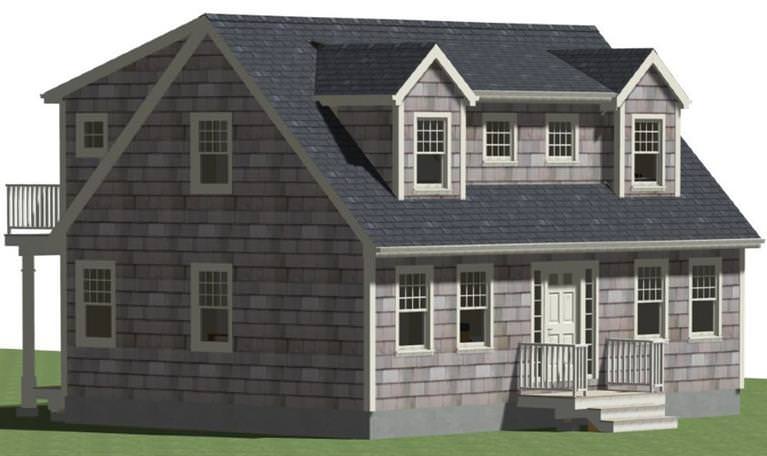 MLS COPY: Premier hilltop water view location off Commercial Street in the East End. New construction single family Cape with classic Nantucket dormer on the front and full dormer facing the harbor views. Upside down floor plan with great room on second floor. Open plan high end kitchen with center island, dining and living area open on to large upper deck to drink in the views. A flex room that can be used as and extension of the living area or or home office or third bedroom with ensuite bath completes the upper level. First floor features two master bedrooms with sitting area and ensuite baths. Both bedrooms open onto decks and there are some waterviews even from the ground level. Full basement. Red oak floors throughout. High end Kohler baths. FHW/propane heat, central AC. 2 parking spaces + guest parking. 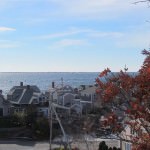 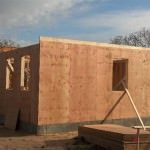 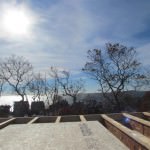 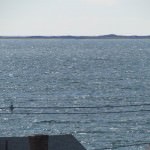 See all properties that are available at Beachfront-Realty.com.

The new breed of micro units popping up in Boston and Cambridge’s hottest neighborhoods are definitely small, but they are packing some macro rents.

One Seaport Square will include 96 “innovation units,” studios and one-bedrooms ranging from 365 to 685 square feet in size. Targeted at up-and-coming entrepreneurs and young professionals, it is the largest number of micro units to be built to date in Boston.

Developers are mum on the prices for the tiny new apartments, which will have a wing of their own in the VIA tower. Overall 832 luxury apartments are slated to be built in the VIA and an adjacent tower, The Benjamin.

But if the prices set by other developers for these postage stamped size apartments is any indication, they won’t come cheap.

Innovation units at Factory 63 leased out at roughly $1,700 a month when that hip new Fort Point rental building hit the market last year. The units are a sprawling 374 square feet.

Across the Charles River in Cambridge, the pricing is similarly high. At Avalon North Point, pricing for micro lofts starts at roughly $2,000 for 421 square feet, rising to around $2,100 for 450 square feet.

For developers, it is the best of both worlds. They get to offer units at a somewhat lower overall price point in a market where $3,000 and up for space in a new rental tower is the norm, while also maintaining a high cost-per-square foot ratio, notes Vivien Li, executive director of the Boston Harbor Association and a long-term observer of new waterfront development trends.

But developers are also trying to create units that will appeal to younger renters, offering up common space that can be used for everything from working on a startup to meeting new friends.

One Seaport’s new innovation units will have their own separate wing, with common “collaboration spaces” for budding entrepreneurs to team up on projects and swap ideas. Those renting the innovation units will also have access to an array of common areas planned for the VIA tower itself, most of which will be luxury units.

The VIA will have outdoor lounges, water features, grilling areas and gardens, according to a press release detailing the project.

And while living in a micro unit could prove cramped and maybe even a bit lonely, pet friendly policies at One Seaport and 315 on A can ensure at least a little cuddly comfort.

“The innovation unit is where you sleep and keep your clothes,” Li noted. “When you want to socialize, you have these large common areas.”

“It’s one step up from a dorm room,” she added.