Our favorite new listing of the week is 233 Bradford Street #9 – $375,000. It is a light and airy two bedroom condo in the beautiful East End steps from PAAM and the East End Market…more importantly it is mere steps to the gorgeous bay beach. 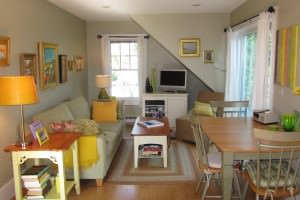 This charming top floor condo has two bedrooms, two decks and is a delightful short walk to the bay beach. The open floor plan consists of a living room- dining area – and an open kitchen. There are sliding doors to a sunny private deck right off the living room.. a second deck directly off the kitchen is perfect for morning coffee. There are two separate bedrooms, both with closets and room for queen size beds. There is a large common deck with a grilling area in the rear of the property. A charming path leads to the beautiful bay beach a half a block away. Many recent improvements include new decks, railings, and windows. New driveway, fences and landscaping on west side of building There is private basement storage as well as extra bike storage. Weekly rentals are allowed and pets for owners. 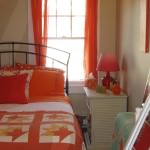 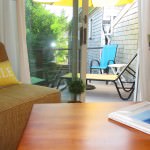 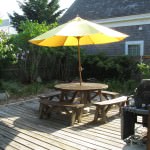 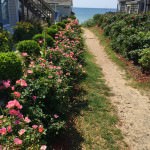 BOSTON, August 25, 2015 – The 7,077 single-family home sales in July signaled the best month for the Massachusetts real estate market since June 2005, according to a new report from The Warren Group, publisher of Banker & Tradesman. “July’s numbers are the result of a very strong spring season and are an improvement over the sluggish start to the year,” said Cassidy Murphy, editorial director of The Warren Group. “A rough winter and pent-up demand turned into a strong spring that is a positive sign for the real estate market throughout the state.”

The Warren Group has recorded and tracked real estate transactions since 1872. The fourth-generation family-owned company uses its long-time leadership in Boston real estate and banking information to produce specialized reports and printed publications, including Banker & Tradesman and The Commercial Record.

With more than 140 years as a local business leader, The Warren Group has developed relationships with a variety of industry leaders and trade groups, including bankers, mortgage brokers, credit unions and lawyers. Working together with our partners, The Warren Group organizes trade shows and industry events, including The Bank Summit, coming in October.

For more information about The Warren Group, visit www.thewarrengroup.com. 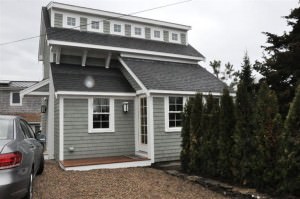 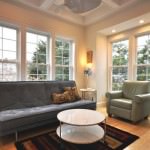 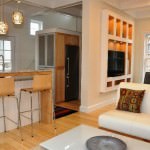 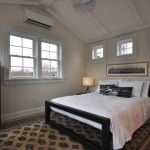 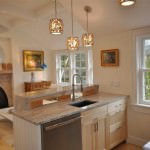 See all available properties for sale at BeachfrontRealty.com.

It’s time once again for Curbed Comparisons, where we break down what you can get at the same price point, style or size in eight different Cape and Islands neighborhoods. This week, listings for around $575,000.

EAST SANDWICH
Kicking off in Sandwich with an updated 4BR, 3BA Cape “on an acre-plus level lot with a custom natural swimming pond.” The cool pool and 3,196sf house first listed in March for $595K, but are now hoping for $575K.
34 GULLY LANE, EAST SANDWICH, MA 02537
WEBSITE

NEW SEABURY
“This darling little waterfront contemporary has great big views of Ockway Bay and access to Nantucket Sound.” The 3BR, 2BA with potential for a dock first listed back 2013 for $729K and is now finally in contract.
39 LITTLE NECK LANE, MASHPEE, MA 02649
WEBSITE

WELLFLEET
In addition to a charming address, this 3BR, 2BA offers “fantastic views” of Drummer Cove. Best of all, “the Wellfleet Conservation Trust owns much of the land along the Cove for everlasting enjoyment of the views and there’s hiking along the water’s edge.”
30 2ND STREET, WELLFLEET, MA 02667
WEBSITE

TRURO
Finally, to a Truro development opportunity. “Current owners received Cons. Comm & BOH approval for five, two bedroom units on this property.” One unit could be year round and the rest seasonal.
587 Shore Road
WEBSITE

Interesting story from Scott detailing the rise in median prices in metro Boston.

The median price of a single-family home has shot past the $1 million mark in several cities and towns across the Boston area during the first half of 2015, the latest real estate stats show.

Nine communities, from urban Cambridge to bucolic Lincoln, have seen their median home prices hit seven figures as demand for brand-name location combines with a shortage of homes for sale to drive up values.

Concord saw one of the biggest gains, with the median home prices in the historic town hitting $1,050,000 after a 24 percent leap this June compared to the same month a year before, the Massachusetts Association of Realtors reports.

Median prices in Winchester and Newton both rose by more than 20 percent, hitting $1,090,000 and nearly $1.2 million, respectively.

Brookline had the highest median price of any community in the state, weighing in at $1.6 million, followed by Cambridge, Weston and Lincoln, all at $1.4 million, according to MAR.

Other cities and towns posted impressive gains as well.

Somerville saw single-family prices skyrocket in June by over 50 percent, to $855,000. Through the first six months of the year, Somerville prices weighed in at a still lofty $621,600, the real estate group reports.

Condo prices in Somerville rose 12 percent through the first half of the year, hitting $552,500.

Overall, sales and prices were up markedly across the state in June, making it the best month since August 2005, back during the last real estate boom, noted Tim Warren, chief executive of real estate market tracker and publisher, The Warren Group.

“We are seeing the early results from a strong spring market,” Warren said in a press release. “It is a remarkable showing after a prolonged slump and a sluggish recovery extending over the past 10 years.”

Interesting post by Jazmine at Curbed.com. There is lots of demand for parking in our little fishing village.

Compared with the price of parking spaces in Boston or —gasp!—Manhattan, this Provincetown spot is a virtual steal. Alas, as far as Cape Cod is concerned, the six figure asking price for a place to park is still pretty mind-boggling.

While PTown is the Cape’s best neighborhood for going car-free, not everyone arrives by boat, bus, bike, ferry, plane, or gyrocopter. Hence, there’s a very tight parking situation, making this tandem spot at 5 School Street look really rather dreamy.

Gorgeous, right? The “Unique Parking Space Easement in the West End near Commercial Street” can accommodate two cars and is asking$100,000 with a condo fee of $50. 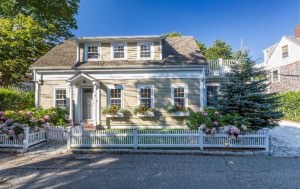 MLS COPY: Luxurious 4 bedroom 4 and 1/2 bath home sits atop the hill on Carver St. It is a legal two family but easily lives as a single family; a custom movable bookcase is used to separate the homes. The front home has a large bright living room with a fireplace & south facing windows, two bedrooms & baths upstairs, the master has French doors to a private deck with bay views and a bath en suite. The back home has a formal entry through the rear gardens, an open living area with a custom kitchen and gas fireplace. The master bedroom has French doors that open to the gardens & a custom en suite fully tiled bath with double vanity, shower & spa tub. Upstairs is a guest bedroom with a private deck with views, tiled bath and study. Hickory floors throughout the living areas, custom built-ins, fully tiled baths are just a few of the amenities. 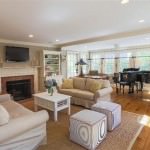 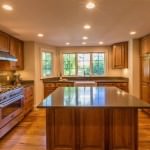 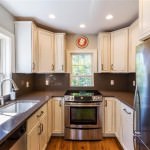 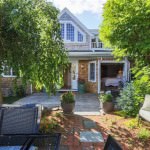 Another great Curbed Comparison by Jazmine at curbed.com.

It’s time once again for Curbed Comparisons, where we break down what you can get at the same price point, style or size in eight different Cape and Islands neighborhoods. This week, listings for around $399,000.

[276 Shore Road, #2, Truro via Zillow]
Here now, eight Cape Cod properties asking $399,000 – year-round, on the beach, close to the beach, overlooking Cape Cod Bay, pond front, turnkey, with views galore, all decked out, recently PriceChopped, move-in ready, and ready to rent – with a little something for everyone.

SANDWICH
Kicking off in Sandwich, here’s a 3BR, 2BA in 1,929sf for $399,900. “Quintessential Cape Cod has spectacular water views of tidal Springhill Marsh with its ever-changing landscape and on a clear day, views to Sagamore Bridge.”
29 BOULDER BROOK ROAD, EAST SANDWICH, MA 02537
WEBSITE

BREWSTER
While this 1974 time capsule could use some updating, the 3BR, 2BA is “just steps to the beach on crystal clear Sheep Pond” with access to two neighborhood beaches. In addition, the 2,464sf upside down home features three fireplaces “one of which in the kitchen would be perfect for a hibachi grill.” Groovy, right? Asking price is $399,000.
294 SHEEP POND DRIVE, BREWSTER, MA 02631
WEBSITE

TRURO
Yes, it’s still possible to pick your own flower at the iconic Days’ Cottages. This adorable unit by the name of Phlox is, like its neighbors, a 2BR, 1BA “on the edge of Cape Cod Bay” with a shared beach and views galore. Asking price is $399,000.
276 SHORE ROAD, PROVINCETOWN, MA 02657
WEBSITE