32 Knowles Heights Road is a two bedroom three bath home across the street from a private association beach. It has 2,109 square feet.  It was being marketed at $995K and sold recently for $993K. 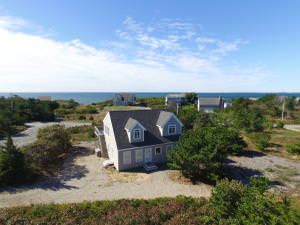 MLS Remarks: Beautiful Contemporary Cape with views of Cape Cod Bay and across the street from the private association beach. This pretty upside down home has a second floor that’s wide open with walls of windows to capture every bit of light and maximize the wonderful views. The vast space encompasses an exquisite comfortable living area with vaulted ceiling. It flows beautifully into the simple but formal dining area and nicely designed kitchen with granite counter tops and stainless steel appliances. French doors open to an enormous deck that faces the water. Ideal for sunbathing, relaxing and enjoying cookouts as you take in the views. The first floor has 2 plus bedrooms, full bath and a master suite with stunning master bath. An outside shower is the icing on the cake.

232 Bradford Street #2 is a charming freestanding two bedroom two bath condo with 1,020 square feet. It is located in the East End in the “foothills” behind the Provincetown Theatre. 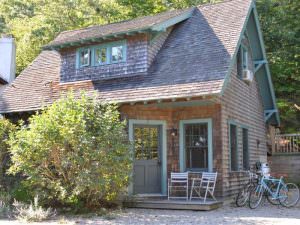 MLS Remarks: This gracious 2-bdrm, 1-1/2 bath Arts and Crafts style bungalow is set back from Bradford Street in the East End. The main level features an open-plan living/dining area with lovely bead-board paneling, a generous kitchen with stone counter tops and stainless appliances and a half-bath. The second floor has two bedrooms, each with french doors out to a private deck with an outdoor shower. There is ample closet space, a full, tiled bathroom and laundry as well. Beautiful ash floors, energy saving features and one parking space complete this offering. This free-standing bungalow is only 1-1/2 blocks from the bay, a 5 minute walk to the gallery district and East End restaurants, and a 10 minute walk to town center. Listing courtesy of 3 Harbors Realty. 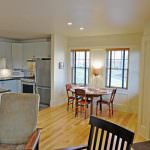 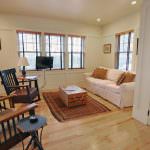 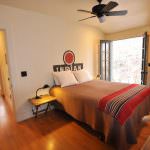 3 Helen’s Way is a three bedroom two bath single family home with 1,192 square feet all on one level. It is in a great Truro neighborhood and sited beautifully on a .83 acre lot. It has a full basement with internal and exterior access. 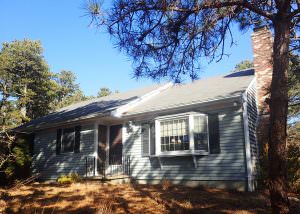 MLS REMARKS: Lovely three-bedroom two-bathroom Cape style home. The living area has cathedral ceilings and skylights and a charming wood-burning fireplace. The open layout is comfortable for family living and entertainment. Large sliders open to the rear deck and a level yard, providing excellent access to outside activities. The master bedroom has an en-suite bath. There is another full bath in the center hallway. The kitchen is open to the living/dining area and has a large L shaped island. There is a washer and dryer in the full basement, and direct outside access. This terrific home is sited beautifully at the top of a knoll on close to an acre lot surrounded by pine trees and natural landscaping. A charming outbuilding provides extra storage. Situated in a bucolicNorth Truro setting, 10-minute drive to Provincetown, and close to both bay and Oceanside beaches. This home is ready for new owners to enjoy the summer of 2019, or as turnkey rental ready for summer season. Call for an appointment to see this great property. 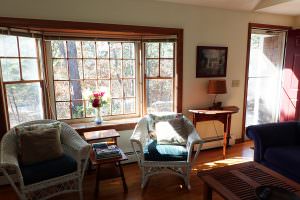 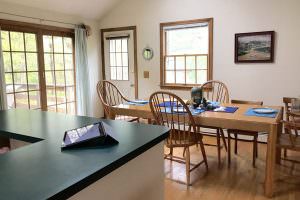 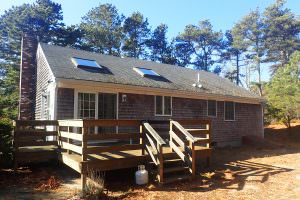 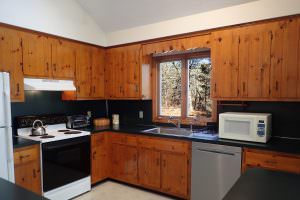 2 Baker Avenue is a charming single family home with two bedrooms and two baths with 1,752 square feet. It was marketed for $1,425M and sold for $1.425M. Baker Avenue is a hidden gem of a lane in the near East End off of Pearl Street. 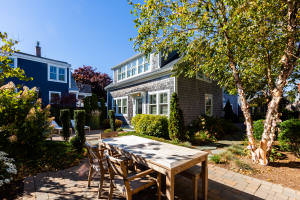 MLS REMARKS: Tucked away on charming Baker Ave. is this beautifully renovated home. Set on a good sized lot in the heart of town, the irrigated grounds are beautifully landscaped with handsome stone-work & brick walkways that lead you to different outdoor ”rooms”. One for dining, one for lounging & one set under a pergola. The house was fully renovated from top to bottom in 2013. The first floor has gorgeous reclaimed pine floors throughout. The spacious living/dining area with a gas fireplace & built-ins, leads to a wonderful cook’s kitchen. The quartz island with ”waterfall” ends, is a great work-space open to the living area. A laundry room, a den & full bath complete the first level. Upstairs, is a guest bedroom with beamed cathedral ceiling as well as the master with ensuite bath. The master bedroom is huge and runs the entire width of the house. There are sweet views of the rooftops and bay in the distance. Parking for at least 3 cars.

It’s the dead of winter here in Provincetown but there is tons of construction going on all over town. It seems like there is more than usual, but that could because the scale of some of these projects is so big. I’m going to try to keep you updated by posting a few projects a week. Many of these are renovations of private homes,. Other’s are renovations of multi unit properties or new buildings altogether.  It’s fun to watch all these projects,, and easier to keep track of them n the off season. I’ll keep you posted.

51 – 53 Commercial Street sold for $5M back in the fall of 2016. The West End waterfront property consists of seven units and is next to the West End boat launch parking lot. Both parcels total 15,090 square feet. One of the prize waterfront parcels for sure. It is being totally renovated. or should I say totally rebuilt. Most of the buildings are being raised to protect against flooding. It is going to be one of the choicest waterfront developments in town. Rental property or condo conversion. I’ll keep you posted when I find out. 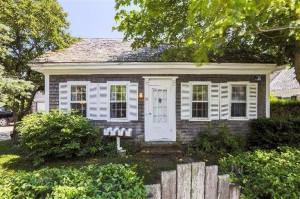 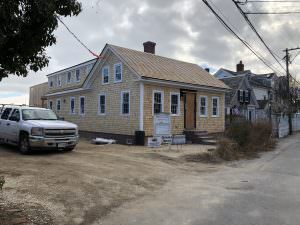 This property was offered for sale for the first time in over 65 years! The old Prince Freeman Apartments property was sold with the adjoining property at 53 Commercial Street. This parcel had and antique, full-Cape that was floated over from Long Point. (pictured). Directly on the bay-front is the seasonal beach house. Both parcels together total 15,090+- sq. ft. with 7 dwelling units.

Another intriguing renovation is 16 Creek Round Hill Road. Its not a big property but the transformation is incredible. As you can see from the BEFORE picture it began as a neat contemporary house that high up on a dune with great views. It sold in September 2016 for $1.425M. It was transformed into a larger traditional  expanded Cape. It provides a nice new signature at the end of Creek Round Hill Road. It sold in September 2016 for $1.425M. 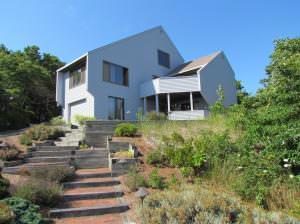 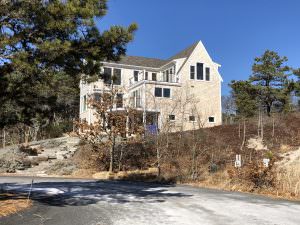