How do our hyper-local markets stack up to national and regional stats for September? 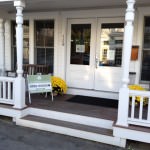 In downtown Boston the condo market performed differently in September. The number of sales increased 14% month to month to 333 from 292. The average sale price for condos decreased 6% to $525K from $558K, and the median price decreased 3% to $405K. Inventory decreased by almost half to 859 properties on the market vs 1515 last year.

So locally, which for me is Boston and Provincetown, sales are way up, prices are mixed, and inventory  is way down. Quite contrary to regional and national figures.  Go figure!

One of my favorites from  AGBeat blog, Tara Steele posts her regional and national analysis below.

by Tara Steele in Economy, News
The long road to a housing recovery is now showing signs of promise, but with tight lending and inventory levels, sales continue to decline.

Home sales down, prices up

According to the National Association of Realtors (NAR), September existing-home sales dropped 1.7 percent as inventory levels continue to tighten, also reporting that the median home price jumped up, the first time since November 2005 to May 2006 that prices rose for seven months consecutively.

Dr. Lawrence Yun, NAR chief economist, said the market trend is up. “Despite occasional month-to-month setbacks, we’re experiencing a genuine recovery,” he said. “More people are attempting to buy homes than are able to qualify for mortgages, and recent price increases are not deterring buyer interest. Rather, inventory shortages are limiting sales, notably in parts of the West.”

Total housing inventory at the end September fell 3.3 percent, representing a 5.9-month supply at the current sales pace, down from a 6.0-month supply in August. Listed inventory is 20.0 percent below a year ago when there was an 8.1-month supply.

“The shrinkage in housing supply is supporting ongoing price growth, a pattern that could accelerate unless home builders robustly ramp up production,” Dr. Yun said.

Median time on market down 30%

NAR President Moe Veissi said some buyers who could easily afford a mortgage can’t assume they’ll get one. “Home buyers need to be more focused on the mortgage process in the current environment where lenders and banking regulators are being risk averse,” he said, recommending that buyers shop for competitive mortgage terms.

Existing-home sales in the West fell 3.4 percent to an annual pace of 1.13 million in September but are 0.9 percent above a year ago. With continuing inventory shortages in the region, the median price in the West was $246,300, which is 18.4 percent higher than September 2011.